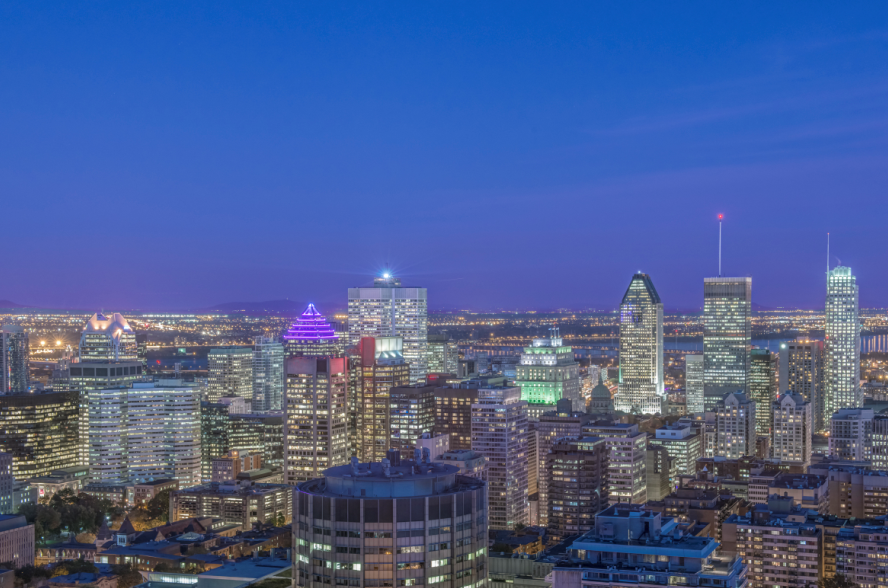 Are you relocating to Montreal? Canada’s second-largest city, also known as “The City of a Hundred Steeples,” “Quebec’s Metropolis,” and “The City of Saints” is a multicultural, charming, hip, and progressive city!

Montreal is located in the predominantly French-speaking province of Quebec. The United States border is just a one-hour drive to the south, and the Canadian province of Ontario borders Montreal on the west.

Montreal’s software and IT sectors are booming, attracting many young professionals from all over the world. There’s also a large community of international students since Montreal is home to several world-renowned Universities. Thus, moving to Montreal can be an enjoyable, life-changing experience. So get a helping hands from the movers at a local moving company, and read on for our helpful guide to relocating to Montreal.

The Cost of Living in Downtown Montreal

Luckily, BRiX offers an even more affordable option! Our apartments start at $1300 a month, and we include all your appliances, electricity and WiFi; that’s a huge savings! You could put the extra money towards your lifestyle, whether that’s getting a chrome vpn extension for enhanced internet security when gaming, shopping, etc, cinema trips, nights out with friends, whatever it is you like to do. What’s more, BRiX is on the historic De Bleury Street, a prime location in the heart of the city! That means you can cut down on transportation costs since our area has a 100% walking and biking score. We even offer special bike parking, including tools to maintain your bike.

Ways to Save on Food

There are many ways to save money on food in Montreal, especially when it comes to fresh produce. Montreal has several public markets that are ideal for fresh eggs, meat, fish, fruits, and vegetables. Among the best are the Jean-Talon Market, Atwater Market, and Marché Maisonneuve. All three of these incredible markets are only 30 minutes away from BRiX by public transit or 15 minutes away by car. But that’s not the best part of BRiX. We also offer several food programs to our tenants. For example, we have a deal with Cafe La Finca to provide FREE breakfast to our tenants every second week! We also have Restaurant Chifa in our building that often offers discounts to our residents!

French is the Official Language

Although French is Montreal’s official language, our city also has the highest rate of bi-lingual residents. Over 56% of residents speak both English and French. Practicing basic French will go a long way in helping you get around the city, but it’s not mandatory to be fluent in French to move here. Like our residents, our staff at BRiX are bilingual, too and are more than willing to help you in English and French!

If you want to work in Montreal, you will need to have either one of two different documents:

A residence permit is ideal for an ex-pat who wishes to live permanently in Montreal or wishes to live and work for an extended period (at least several years). This permit will allow you to work in Montreal legally and will enable you to access several of Canada’s social systems such as healthcare, education programs, and more.

The temporary work permit is meant only for a specific job that will be done on a short-term basis. This permit is for one-time, and it will expire after a short period.

However, if you obtain the right to work in Montreal, there’s no shortage of job opportunities. Montreal is the 2nd largest economy in the country with a primary focus on:

The city is also home to the Old Port of Montreal, one of the world’s largest seaports! Plus, we have the Canadian Space Agency and the International Civil Aviation Organization. If arts and entertainment are your thing, you’ll love that Montreal is home to Alliance Films HeadQuarters and different film studios and centers for numerous film festivals. Plus, our city also offers many job opportunities in the video game industry ever since Ubisoft opened its doors in 1997, followed by THQ Montreal, Bioware, EA (Electronic Arts), Gameloft, and even Warner Bros. Interactive Entertainment.

Most of Montreal’s jobs are located downtown, making BRiX a prime location to cut down on your commute!

There are a total of four major universities, seven multi-award degree-certifying academies/colleges, and twelve pre-university institutions within an 8km radius of the city center.

The Universite de Montreal is one of the most prestigious schools, and it’s known for being the 2nd largest research university in all of Canada. If you’re looking to study in the liberal arts then Universite du Quebec a Montreal is the school for you!

BRiX makes it easy for you to study at any of these top-rated institutions. McGill, Concordia, and the Universite du Quebec a Montreal are within walking distance while the Universite de Montreal is just a short drive or bus ride away!

So there you have it: a helpful guide to relocating to Montreal! The bottom line? BRiX is here to help! We provide studio, one-bedroom, and two-bedroom apartments located in the heart of Montreal at incredibly affordable prices. Not only do we welcome residents from all over the world, but we also encourage a sense of community and family! Our building is all about making connections. We provide 20,000 square feet of amenities, including a co-working space, a rooftop pool, the largest residential gym in the city, a dog-run, and more! Plus, we offer several amazing activities like weekly Pilates classes, art workshops, comedy shows etc. When you live at BRiX, you become part of the BRiX family. So what are you waiting for? Book your tour today and find out how easy it is to relocate to Montreal when you have BRiX to help!

4 Ways to Get Outside in Montreal This Winter
Even though the warm weather is gone and the days are short, that’s no reason to stay inside and be bored! Montreal is a ...

Apply These 5 Pro Techniques To Make Moving with Pets Stress-Free
Congratulations! You've sold your house to a We Buy Homes in Lafayette LA company or someone similar and you've signed a new lease. Any ...
More Articles
X 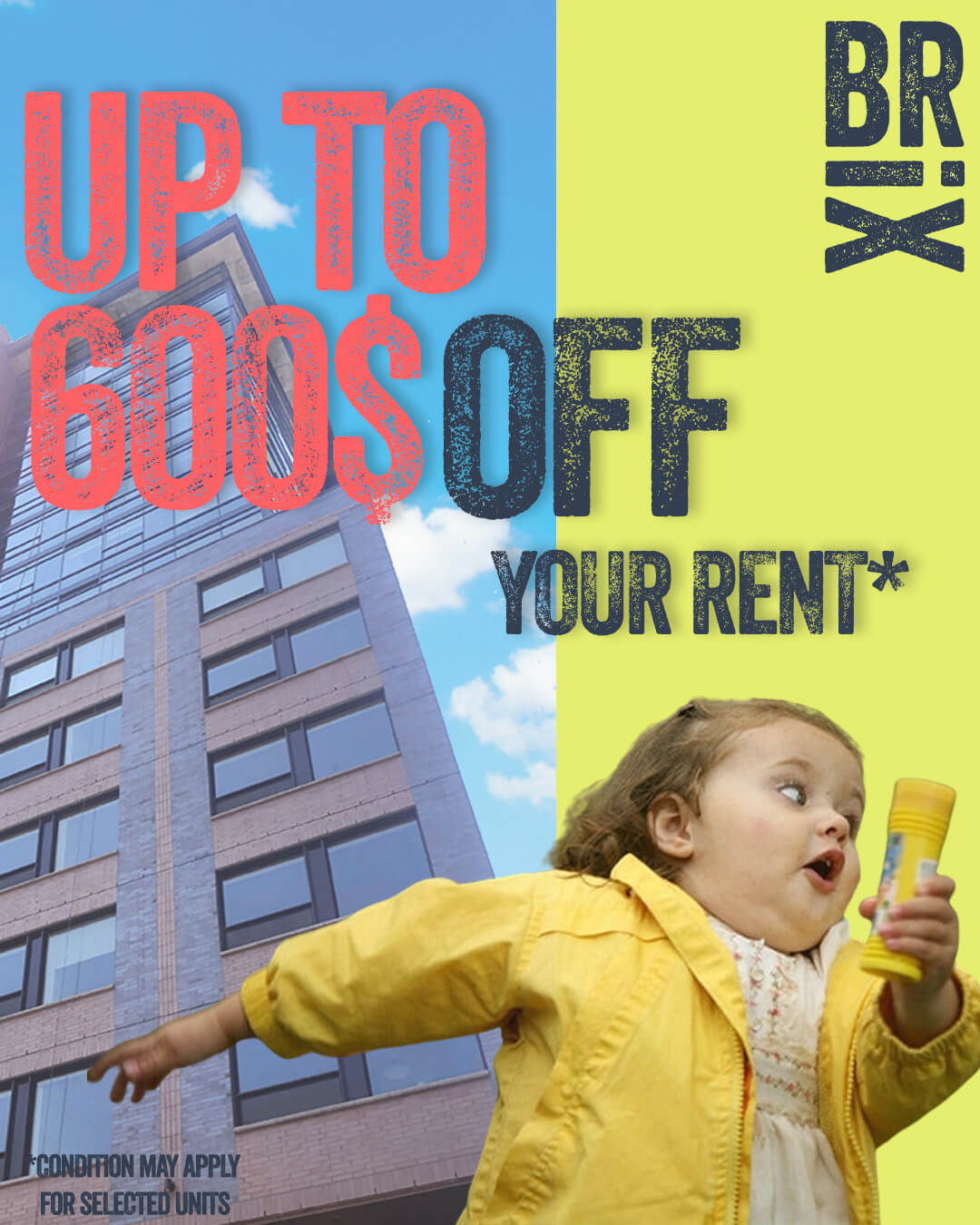